“Don’t Look Up” is Cinematic Catharsis for the Climate-Concerned 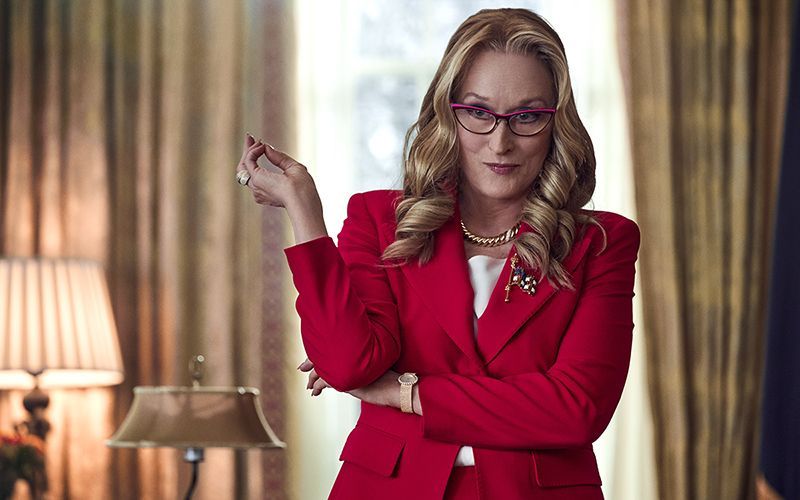 “A big part of this movie’s brilliance lies in its indirect metaphor—a giant comet that no one on Earth, no matter how rich or mobile, can avoid. The Earth-destroying threat will arrive in six months. The comet becomes a wonderful vehicle for maligning the toxic political economy and mediascape that prevails today. In the world of Don’t Look Up—an only slightly more farcical version of the sphere we occupy—anyone who hopes to be listened to has to be media-friendly, bad news must be made light and digestible, and hard truths are immediately levied as ammunition for the partisan culture wars.

What I found most effective—and, in the wake of Joe Machin’s attempt to torpedo Build Back Better, cathartic—was McKay’s deft demonstration of how solutions to problems get deferred in favor of corporate profits. Enter Don’t Look Up’s true villain—a Musk/Branson mashup of a technocrat billionaire (played by Mark Rylance). A huge donor to the scandal-mired president, he’s able to dismiss government plans to launch missiles at the comet and instead push a private-sector effort to send a fleet of space drones that will “mine the comet for rare minerals and return them to Earth,” claiming that doing so will put an end to world hunger, nuclear threats, and somehow, biodiversity loss. (Yes, he and his wealthy investors stand to profit greatly from this risky venture.) Could this be a stand-in for carbon-capture, geo-engineering, and other glittery techno-fixes that stand to get rich guys richer? And without spoiling the ending, this film’s got spot-on allegories to climate bunkers and “Planet B,” too.

The movie does not offer solutions to anything it highlights. Rather, it ultimately lands like an extended riff on Chicken Little that attempts to show perhaps too many ways in which we as a species are hopelessly myopic when it comes to our capacity for collective action. Don’t Look Up is a different kind of disaster movie—the threat that’s really being highlighted isn’t something still to come, but rather the state of affairs as they now stand.”

www.sierraclub.org
“Don’t Look Up” is Cinematic Catharsis for the Climate-Concerned
Inside the funniest and most deeply un-fun film you’ll watch this holiday
Share Tweet Share Pin