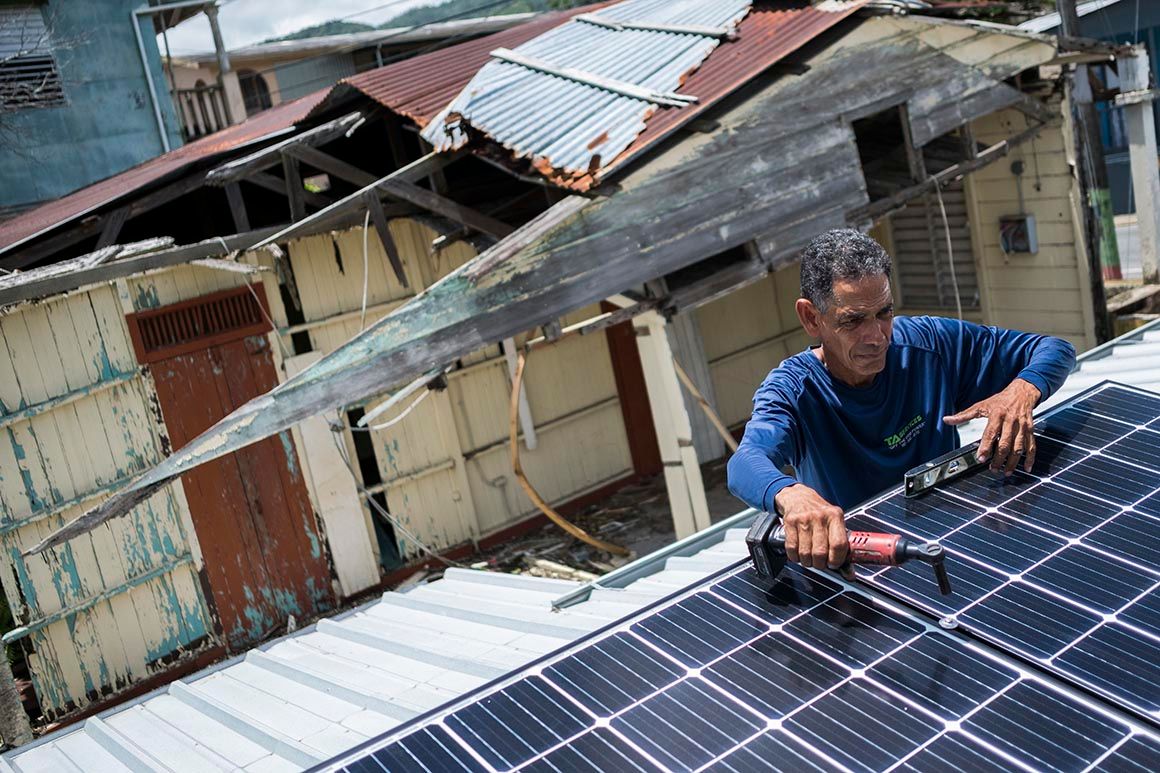 “A pair of hurricanes and an earthquake left Puerto Rico’s power system in tatters.

But now residents and clean-energy advocates see hope in the island’s effort to rebuild the electric grid — saying it could offer the rest of the nation a model for achieving President Joe Biden’s ambitions for a reliable power network free of greenhouse gas pollution.

First, though, the U.S. territory has to get past a pitched fight over the privatization of its power grid, as well as a debate on how to leverage billions in recovery dollars from the federal government.

The electricity network that serves 3 million people in Puerto Rico has long suffered from outages that experts blame on poor management and under-investment. And its transition to a cleaner, more reliable power system is off to a rough start.

Just six months into a 15-year contract to run Puerto Rico’s electricity transmission and distribution network, LUMA Energy is facing protests from residents who say blackouts have worsened, criticism from greens that it is moving too slowly to add renewable power and growing scrutiny from the territory’s legislature. That last dynamic reached a peak in November when lawmakers sought the arrest of the company’s top executive.

LUMA, owned by Canada’s ATCO group and U.S.-based Quanta Services, has also become the target of an activist campaign seeking to revoke its contract, an effort that has drawn the attention of the House Natural Resources Committee, which is looking into whether the company is living up to its promises.

The Federal Emergency Management Agency has $9.4 billion — the largest amount awarded in the agency’s history — allocated to restore and protect Puerto Rico’s power network from the type of disasters that have plagued it.

Renewable energy and consumer advocates say that money is best spent on putting solar panels on the roofs of every home on the sunny island, with the aim of creating a decentralized source of power generation. This could minimize the widespread blackouts that have occurred when storms damage the miles of power lines that run across rugged terrain from the oil-fired power plants that provide most of the island’s electricity.

Those plants are still owned by the Puerto Rico Electric Power Authority, the local government-owned utility being privatized that turned the grid over to LUMA and which most experts blame for years of poor management. Besides being plagued by blackouts, the grid is expensive: Residents on the island paid an average of 19.24 cents per kilowatt hour in 2020, nearly 50 percent higher than the average U.S. home.

A new coalition of clean energy, union and other organizations, Queremos Sol, is lobbying federal officials to intervene in the rebuilding to sharply expand the amount of solar energy on the island. It says such an initiative aligns with Biden’s plan to achieve 100 percent carbon pollution-free electricity nationwide by 2035, as well as his goals of transitioning away from fossil fuel infrastructure that has been primarily sited in low-income areas and communities of color.

www.politico.com
Puerto Rico’s shattered power grid could become a ‘big experiment’ for Biden
The crumbling electricity network that serves the island's 3 million people is at the center of a debate on renewable energy vs. fossil fuels — with billions of federal dollars at stake.
Share Tweet Share Pin