Renewable energy is cheaper than previously thought, says a new report – and could be a gamechanger in the climate change battle. 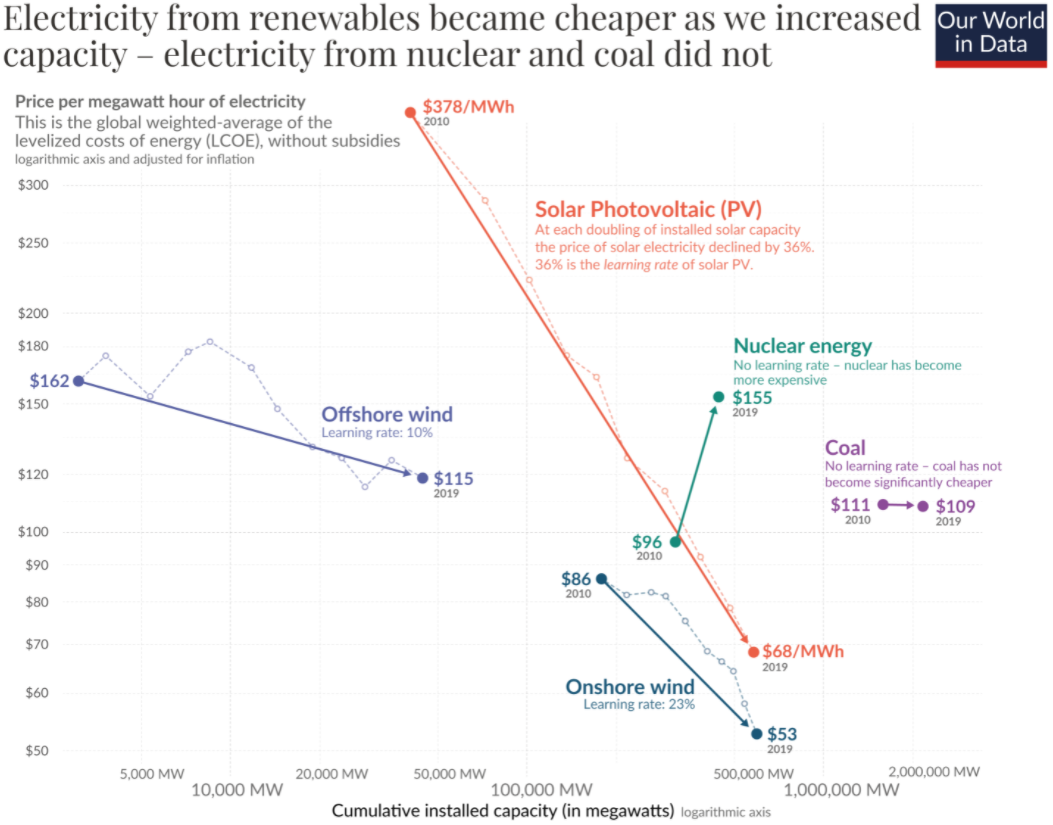 "-Renewable energy prices have fallen far more quickly than the industry anticipated,
-They are fast becoming cheaper than fossil fuels.
-A rapid transition to emissions-free ‘green’ energy could save many trillions of dollars in energy costs – and help combat climate change.

The global energy sector has an impressive record of scaling-up renewables like wind and solar – but it is not so good at predicting future price changes of the clean energy these renewables produce, according to a new report.

Researchers at the University of Oxford’s Institute of New Economic Thinking suggest early pricing prediction models have consistently underestimated both how far the costs of renewable energy sources might fall, and the benefits of an accelerated switch to clean energy.

Early renewable energy price forecasts failed to account for the substantial infrastructure cost improvements of technologies like solar photovoltaic installations and wind turbines, the report notes. Annual solar energy prices were forecast to fall 2.6% on average in the decade following 2010, for example, with all forecasts predicting a less than 6% price reduction.

But solar prices fell 15% – more than five times the predicted annual rate – during this period, which could have serious implications for investment and policy decisions based on these misleading predictions.
…
The findings show that compared to continuing with today’s carbon-intensive, fossil-fuel-based system, a rapid transition to emissions-free ‘green’ energy could produce overall net savings of many trillions of dollars. And that’s without considering the impact of climate damage or the positive co-benefits of climate policy.
…
In 2010, the price of one megawatt hour (MWh) – a weighted average cost of electricity – of solar electricity was $378, which fell to $68/MWh in 2019 – a more than five-fold decrease in the cost of solar energy. Offshore and onshore wind also saw dramatic price reductions.

Despite being the world’s largest source of electricity, over the same period, the global price of power from new coal fell from $111 to just $109.

While the price of solar fell 89% and wind power fell 70%, the cost of electricity from coal saw a comparatively slight 2% reduction.
…

www.weforum.org
Renewable energy is cheaper than previously thought, says a new report - and could be a gamechanger ...
Technological innovation has led to dramatic price reductions of wind and solar energy and helped to boost demand. But will prices continue to fall?
Share Tweet Share Pin